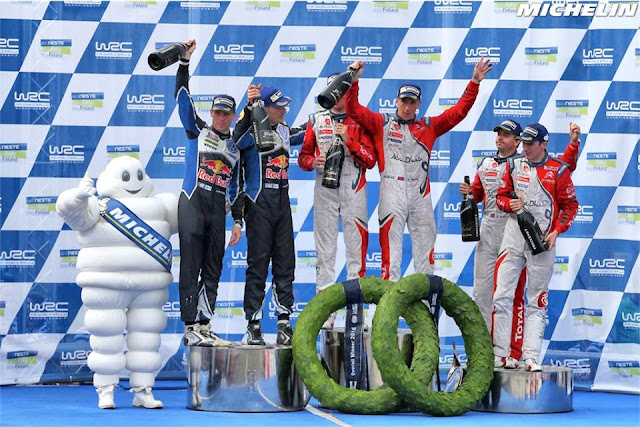 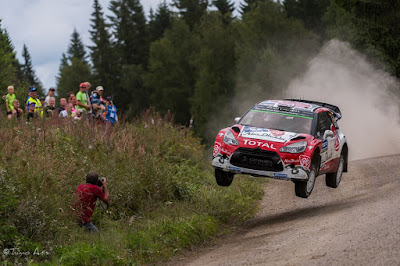 Kris Meeke who already had a comfortable lead after Friday, took a big step towards victory by winning the mighty Ouninpohja stage and that too by 13.4 seconds. After the Saturday morning loop he took it cool and calm and extended his lead to 41 seconds by end of Saturday. Finally today Meeke just focused on bringing the car home safely and eventually won by 29.1 seconds. After Saturdays morning loop Latavala was settled for runner-up spot. As he had no answer for Meeke’s pace. The mistake he committed on special stage four might have cost him the victory. VW pilot finished second, bringing his home rally winning streak to an end. 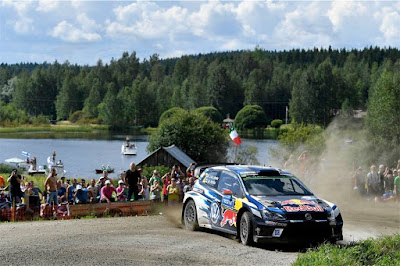 Irishman Craig Breen finished in an impressive third in his fourth WRC start. But it was not that easy for him. Ott Tanak was right behind him and was gaining ground on Breen. But Estonian pushed too hard and crashed out on Oittila test. But Breen could’nt ease off as Thierry Neuville was in a catching distance. but Breen was fastest in special stage 23 and finally finished just 4.6 seconds ahead of Neuville. Hyundai driver Thierry Neuville finished fourth and won power stage as well. His team mate Hayden Paddon was fifth just 2.3 seconds behind Neuville. M-Sport driver Mads Ostberg once again was not up to the task and finished in sixth. Andreas Mikkelsen suffered from his road position and could only manage seventh. Leading WRC 2 driver Finn Esapekka Lappi finished in eight place. Kevin Abbring and Teemu Suninen rounded off the top ten finishers. 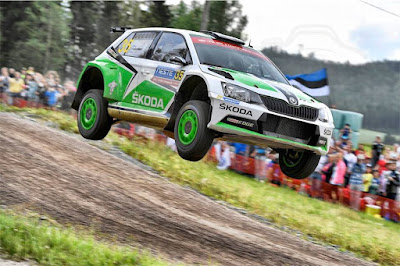 WRC 2 victory went to Finnish young talent Esapekka Lappi. Another Finn Teemu Suninen finished second in his Fabia R5. Elfyn Evans was in third two minutes away from leader. JWRC victory went to Norwegian driver Ole Christian Veiby in his Citroen DS3 R3T Max. Max Vatanen took victory in Drive DMACK Fiesta Trophy in his Ford Fiesta R2.
Overall Final Classification
For more news on happenings in the world of rally, subscribe to us on bottom of the page. Until then, Happy Rallying!

Rally Australia leader, Andreas Mikkelsen hand over the lead to his team-mate after his unexpected exit after a mistake in SS10 left his...

Kris Meeke wins RACC, Rally of Spain - WRC! Rally RACC is the only mixed surface rally in the WRC calendar, which was first held back in...

M-Sport's 2017 Ford Fiesta WRC carAs expected, and with great hopes and cheering from the fan followers of the sport; former Ford WRC's...