A Fantastico Victory For Kris Meeke In Portugal 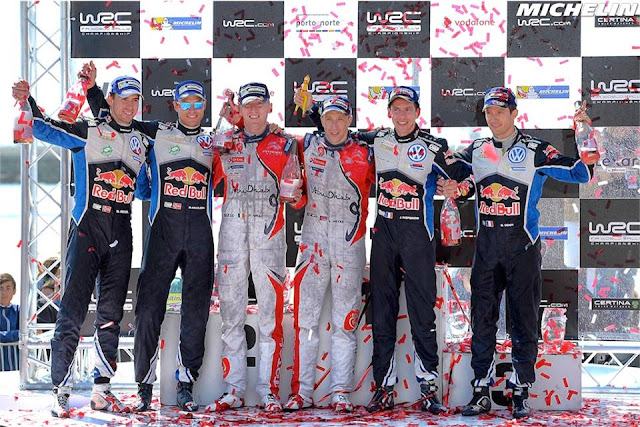 Kris Meeke has done it in style! After missing last round he came back strong to win Rally Portugal by over 29 seconds. He took the lead from second stage and never looked back. Taking the benefit of his road position, he cruised to victory without any issues. Andreas Mikkelsen finished second surpassing Sebastien Ogier on final day. Ogier finished in third as he was doing the much of road sweeping throughout the rally. 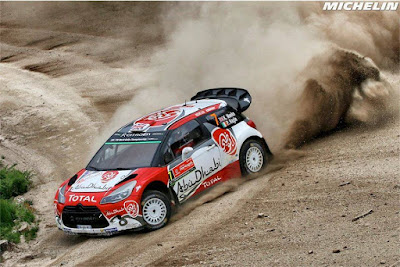 Rally commenced with the short super special stage. Ogier made the perfect start by taking the early lead. Day one comprised of eight special stages. Kris Meeke made the better start by winning two stages in the opening loop and stretching his lead to 11.5 seconds to Ogier at midday service. Further he won three stages in a row and now was in a commanding position. By this time lead had grown to 31.9 seconds at the end of day one. Ogier did his best to keep up with Meeke, as he was cleaning the road. Dani Sordo was third just 5.4 seconds behind Ogier. But there was lot of incidents in the background. Argentina winner Hayden Paddon crashed out and his i20 was in flames. Ott Tanak too went off and his Fiesta was also on fire, but he managed to save the car from serious damage with the help of the spectators near to the crash site. Thierry Neuville retired due to lack of fuel. Henning Solberg too had an incident and had to cope with fire on his Fiesta. Altogether it was a fierce battle over the stages at Rally de Portugal! 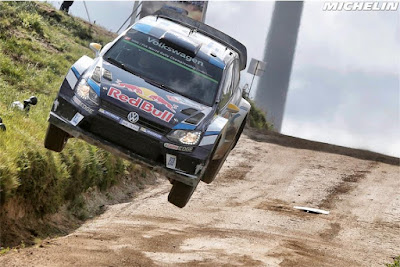 Leg two, drivers had to tackle six stages. Kris Meeke continued his consistent pace and won all three stages in the morning loop. His lead was now over a minute going to midday service. Andreas Mikkelsen made it to third overtaking Dani Sordo, while Mikkelsen won two stages in the repeated loop and kept the pressure on with a thin gap of 3.1 seconds to Ogier, who was in third. Meeke’s lead was trimmed down to 45.3 seconds, however a considerable gap for the final day.. 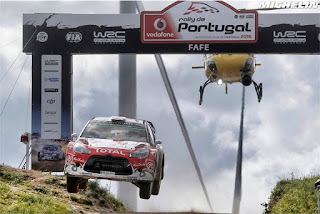 Final day saw drivers complete four more stages. Kris Meeke kept his cool throughout the day with any dramas and won the rally by 29.7 seconds. But Mikkelsen was in no mood to ease off. He won two stages and finished in runner up spot. Sebastien Ogier finished third. He won the power stage too. Dani Sordo was in fourth flying the Hyundai flag. M-Sport driver Eric Cmailli had his best rally and finished fifth. Jari-Matti Latvala recovered well from his power steering issue to finish sixth. Mads Ostberg was in seventh after suffering mechanical issues through the rally. Martin Prokop rounded off with the top eight WRC finishers. 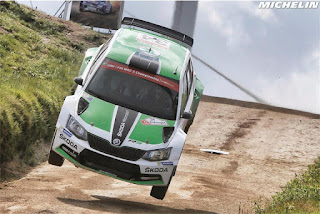 WRC 2 victory went to Pontus Tidemand, where he won by over a minute over Nicolas Fuchs, finishing in 9th and 10th overall after the top cars falling out of the rally. Simone Tempestini took WRC 3 honours. 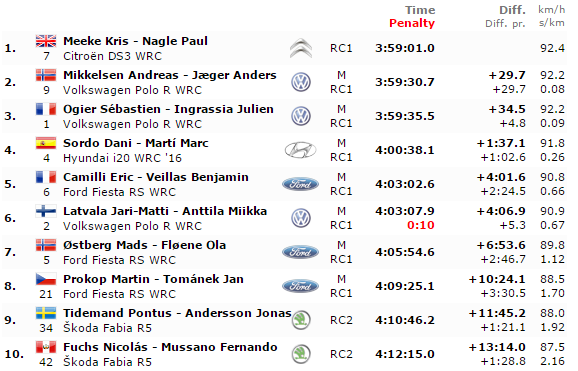 That was some exciting rally action from Portugal. That’s for now, for more news subscribe at the bottom of the page. Till next time, Happy Rallying!