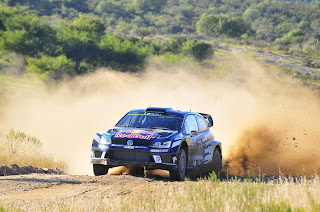 Opening of the second and full day of Rally Argentina kept the fast five on the top. Sebastien Ogier lead the rally from day 1 until SS4, where Jari-Matti Latvala took over the lead.

Also we need to understand that the championship leader, Ogier, has the formidable task of clearing all the first loose surface on the first day, and the second day too as he was leading the rally. Today, the third day, it is of Latvala‘s job and it put him at sufficient pressure from the chasing team-mate and the Kiwi who are closer in a few seconds behind.

Thierry Neuville and Dani Sordo, the other two Hyundai drivers Dani also continued their attack. The Belgian dropped down on the leader board as his car had some technical issues on SS4, which he sorted out later and went on to win the next stage. He recovered to 10th position by the end of day 2, from 20th after SS4.

Argentinian local driver, Marcos Ligato in a privately entered, in the only Citroen DS3 WRC showed a consistent drive against the top notch drivers, hold on to 9th overall despite a small off and non-terminal crash in SS4.

Out of day’s 8 stages, JML claimed 4 wins, 2 by Ogier and one each by Neuville and Paddon. 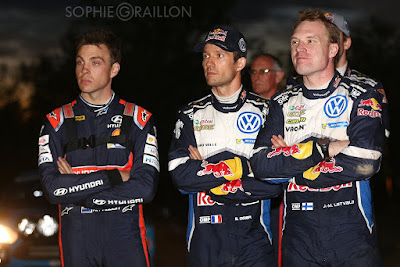 More news coming in soon. Subscribe for instant email updates, at the bottom of the page below.