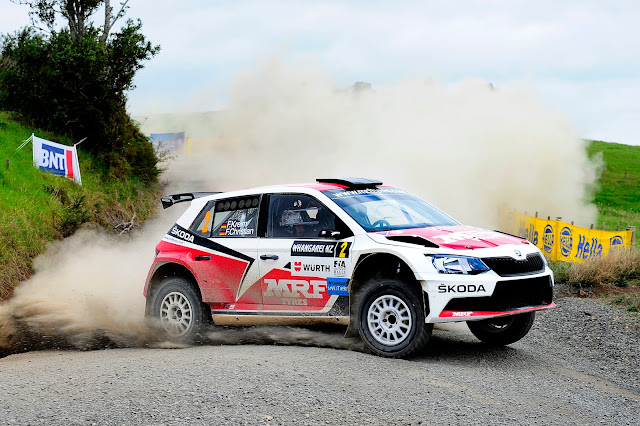 Leg one of first round of APRC was a eventful one. MRF Skoda driver Gaurav Gill was in command till he hit problems. Tyre wear and puncture on days last stage costed him the lead. First gravel outing for Fabiem Kreim turned out to be a smooth ride as he leads Gill by just 4.6 seconds. Kiwi driver Michael Young, climbed to third overall after yesterdays problems. He set some impressive times all day and was determined to make up the lost time. 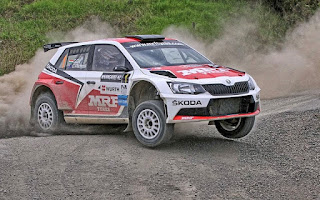 Gaurav Gill was in good rhythm, although he was still getting used to the new car. He won five stages in a row and extended his lead over a minute. Conditions were slippery, and there was excessive tyre wear problem. On the last three stages Gill lost time and worst was the puncture where he lost 40 seconds and also the lead. Gill said, “Unfortunately we had a puncture in the last stage, about four kilometres from the finish. We lost about 40 seconds to our team-mate, so we’re down about five seconds tonight, but that means we’re going to start second on the road tomorrow which I’m happy about.” “Obviously I would have wanted my 50 second lead but I’ll live to fight another day. We’ll also be doing some setup changes with the car tonight so tomorrow should be good.” 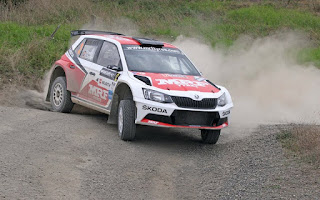 For Fabien Kreim it was his first gravel rally. He was keen on just finishing the rally. All day long he was behind Gill. But later in the day he won two stages and closed the gap to Gill. He was really happy with his performance and leading was a bonus to him. Kreim said, ” Unbelievable! I did not expect that [to be leading] because we also have some problems but have not lost so much time.” “Tomorrow it will be same like today. We’ll just be driving and I think tomorrow Gaurav [Gill] will be very fast. We talk together before every stage and they [Gill and Macneall] give me some very important tips and I hope I can use this.” 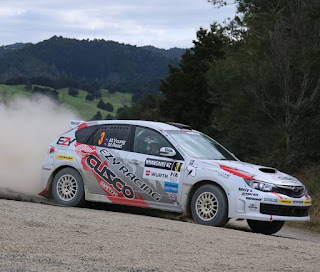 Michael Young finished third behind MRF Skoda drivers. He had a good day with some good stage times and he won the last stage of the day. Young said,”It’s been a really good day for us. With our 14 minute handicap I just said to Malcolm ‘lets see how much we can pull back’ so to get back into third in one day is pretty awesome.” “Tomorrow we will keep up our pace as that has seemed to work well for us today and it keeps me focused. And we’re obviously stoked to win a couple of the New Zealand Rally Championship stages which was another pleasant surprise.”
Scott Pedder who was fourth overall in his Renault Clio retired due to mechanical issues. Indian driver Sanjay Takale also retired after having electrical problems. All drivers today faced problems and it was the MRF duo who had a trouble free run. Tomorrow crew have to tackle six more stages totaling 120 kilometers.

It was a action packed day, as the rally reaches its final day. Close battle is expected tomorrow between Gill and Kreim. Who will be on top, tomorrow we will get the answer. Stay tuned for further updates, Until then Happy Rallying!