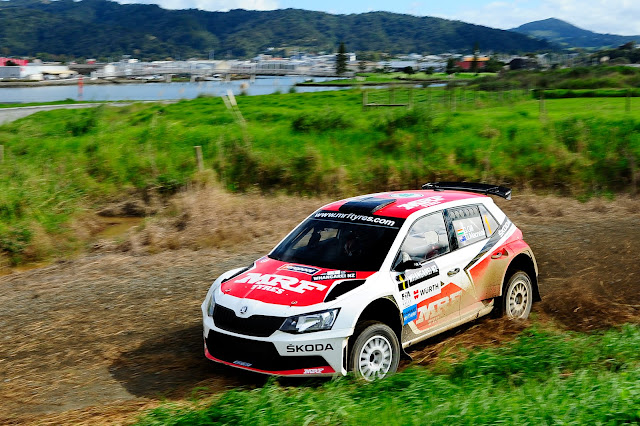 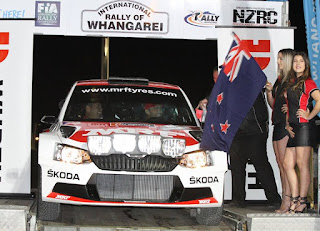 Following the shakedown, ceremonial start was held in the evening. After that crews had to tackle two runs of Pohe Island Super Special Stage under lights. APRC debutant Fabien Kreim won the very first competitive stage, followed by Gaurav Gill to win the second run. Both MRF Skoda drivers showed signs of good pace and the rally is poised to some great action. The duo is seperated by only 1.2 seconds. Aussie driver Scott Pedder is third overall in his Renault Clio. 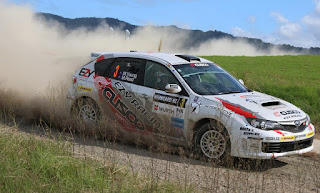 But it was a disastrous start for New Zealand driver Michael Young. He was hit with electrical problem in his Cusco EZY Racing Subaru Impreza. At the start line of first stage he lost all power. Crew have temporarily withdrawn from rally, but they will be back tomorrow to gain some crucial championship points. Michael Young said, “This is obviously a disappointing start to the rally for us. We’re still not entirely sure what happened but as soon as we turned the spotlights on, the car just died. The boys are working on it now though and we’re sure it’ll be ready to go again tomorrow.” “We also have to remember they’re [Gill and Kreim] in a much faster R5 while we’re still in a Group N car so I think there’s no point being silly and trying to chase them. We just need to score some points now.” 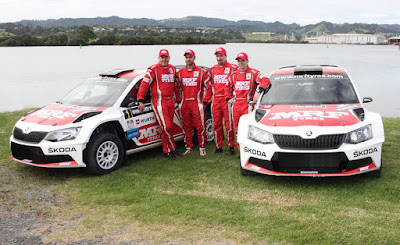 This event also marks the debut of the Skoda Fabia R5  in APRC run by MRF. Gaurav Gill said, “The Team MRF Skoda is completely different to what I’ve been used to and what I’ve been driving over the years… It has a lot more power, a lot more torque and the chassis is incredibly responsive.” “We’ve only done some tests two days ago, of only about 50 kilometres, so its going to take some time to understand how the car is and how it responds. I will give it at least three to four stages to see how it goes and then enjoy the stages after that.”
Real rally begins tomorrow, with crews tackling eight special stages on the north of Whangarei . The beautiful scenic New Zealand roads will be a perfect backdrop for the event.

It will be a action packed day tomorrow. With the drivers battling it out for glory. Stay tuned for further updates on rally. Until Then Happy Rallying!