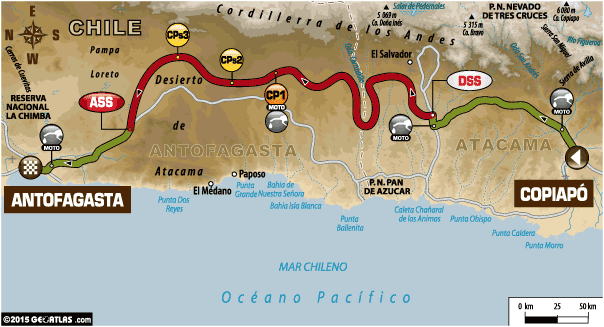 Mikko Hirvonen Have Not Yet Agreed To Test For Toyota

Mikko Hirvonen has revealed that he has not talked to Tommi Makinen about driving the test car for Toyota. Previously Makinen said that in...

Indian two wheeler manufacturer Hero MotoCorp announced its entry into the motorsports arena, with the formation of Hero Motorsports Team...

The 14th edition of Desert Storm has concluded after grueling 6 legs across the Thar desert.  Suresh Rana alongside his co-driver...

Nasser Al-Attiyah emerged victorious in the 2nd round of world cup for cross country rallies. Held in the deserts of Abu Dhabi, Al-Attiyah...