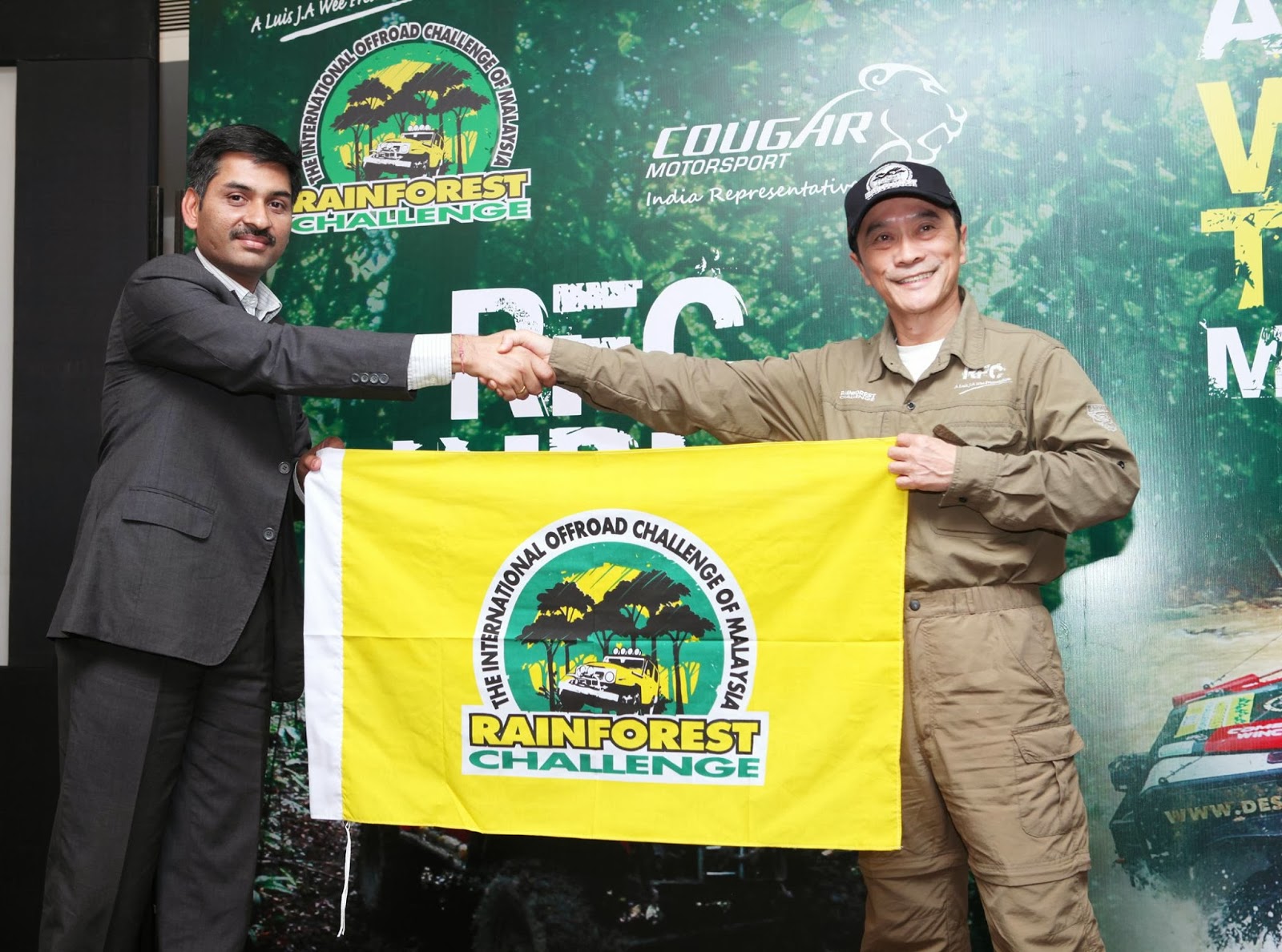 Perhaps, this one is definitely for the toughest in the field of off-roading specialists. Rainforest Challenge, which originated in the Malaysia the brim of the last century, has taken the repute of being one of the toughest and honoured events in the off-roading world. Not a race, but can definitely be tagged marathon and it is not for the weak hearted. Much respected organiser in the Northern-India, Cougar Motorsport will be the Indian franchise for the event. Below here is their official release of the event, that was held early last month at Delhi, India.

The Rainforest Challenge launched in India

The first ever international off-road motorsport event of India to be held in August in the Western Ghats
One of the world’s top ten toughest motor races and the most internationally represented 4X4 off-road motorsport event, the Rainforest Challenge (RFC) is now entering India with RFC India’s first edition set to take place in August. The event will be held over a period of ten days from 7th to 17th August and will witness contesting teams struggling to survive through rugged terrains of the rainforests of western India.
The hardcore adventure motorsport event has been introduced in the country by Cougar Motorsport, which conducts off-road events in India for various automobile manufacturers including Land Rover and Mitsubishi. The announcement about India’s entry to the RFC Global Series 2014 was made in the capital today with RFC Founder Luis J.A. Wee handing over the RFC India Flag to Ashish Gupta of Cougar Motorsport. 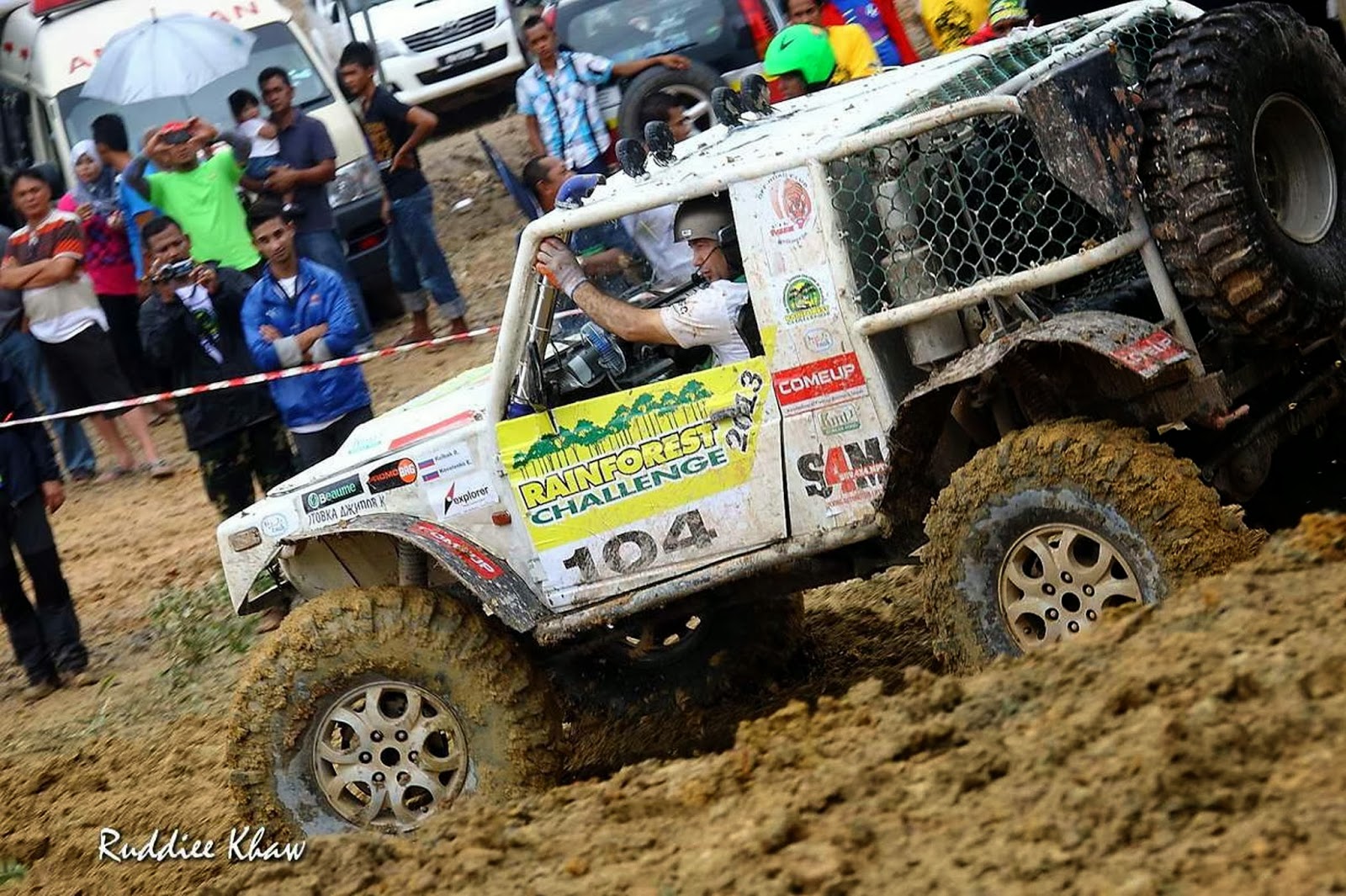 Rainforest Challenge was first launched in the jungles of Malaysia in 1997 with an aim of giving an avenue to daring off-road driving enthusiasts for sharing their passion and competing with like-minded people. Adventurers from all over the world have participated in this challenge of a lifetime where competitors are taken through mud, drenching rain, steep slippery slopes, deep ruts, gullies, flooded rivers, and landslides that are mercilessly demanding and dangerous. Over the years, RFC has not only become an annual international off-road challenge of Malaysia but has also been replicated globally in countries like Italy, Russia, Sri Lanka, Vietnam, Tunisia, China and Australia. Listed in the top 10 Toughest Motor Races in the World, RFC has now set its eyes on catering to the needs of its fans in India.
According to Mr. Wee, “Globally, RFC follows the motto of the survival of the fittest, not only in terms of physical fitness but also mental endurance. It is an extremely tough challenge for all 4×4 fanatics who dream of taking on a jungle adventure with all its hardship, endurance and extremities; especially considering the fact that RFC’s core philosophy requires for the event to be organized in the rainforests in monsoon season. Now it’s time for the Indian off-roaders to join the ranks of the world 4X4 community and with RFC coming right at their doorstep, they have the best opportunity to upgrade both the skills of man and machine with real live action and learning experience. I would like to see how well Indian off-roaders are able to stand the unpredictable jungles amid perpetually wet conditions without losing their cool and positive frame of mind. Hopefully, they will live up to the standards that have been set by RFC Champions globally.”
Over 50 teams, both Indian and foreign, are expected to participate in the first edition of RFC India. The participants will have to complete 30 Special Stages (SS) designed by experts from RFC Malaysia across a multitude of obstacles where the challenge is to complete each SS in the fastest time and score the highest points. The Prologuestage will be followed by the Predator and Terminator stages that will be laid inside and on the fringes of the jungle. The final stage of Twilight Zonewill be an overnight drive across uncharted jungle territory.
Commenting on the partnership with the Rainforest Challenge, Cougar Motorsport’s Director Ashish Gupta said, “It is a matter of pride for all of us to see India on the global RFC map. All 4×4 offroad driving enthusiasts in India aspire to participate in the Rainforest Challenge but it is difficult for them to travel abroad with their vehicles and be a part of this mega international event. With RFC coming to India, they will get to experience the same level of extreme offroading and competition as the mother event in Malaysia right here in their home ground.”
Following the announcement of the launch, registrations for RFC India 2014 have also started. Entry Forms can be downloaded from the RFC India website www.rfcindia.in

RFC India concluded on the last week of July, 2017 and the winners were Gurmeet Virdi with co-driver Kirpal Singh Tung on the first...

After winning RFC India 2016, Chandigarh’s Gurmeet Virdi and Kirpal Singh Tung get ready to battle it out in Malaysia in the RFC 2016...