A Hatrick 1+2 finish for VW, Finally a Podium for Hyundai – WRC

Rally Mexico always delivers what it promises.., a lengthy list of retirements & wrecks. This year’s spoils were spoilt by the Gung-ho of VW Polo drivers while the final spot was secured by the much sought after, the new-comer, Hyundai, by its star driver Thierry Neuville.
Rally debutante Andreas Mikkelsen had a nasty rocking moment, and knocked off a wheel from his VW Polo R WRC, while former F1 driver, Robert Kubica, learnt it the hard when he had a roll and retired. He had to sit out of the event, as the damage was sufficient enough to not to continue. Many others too were forced to follow suit.

A good first three events top-two finishes is definitely helping the VW, and pushing themselves towards numero-uno spot and are definitely tough to stop in this year’s manufacturer’s crown. It was again Sebastien Ogier who showed his dominance and his team-mate Jari-Matti Latvala was quick, but not enough. Finn was more than a minute away from the challenge, which the Frenchman had put up.

Although Thierry Neuville was at a distant 5+ minutes to the leader, it was enough to secure a third place on the podium. Elfyn Evans displayed a commendable 4th place finish, in his first outing in Mexico, while Martin Prokop finished the top 5. 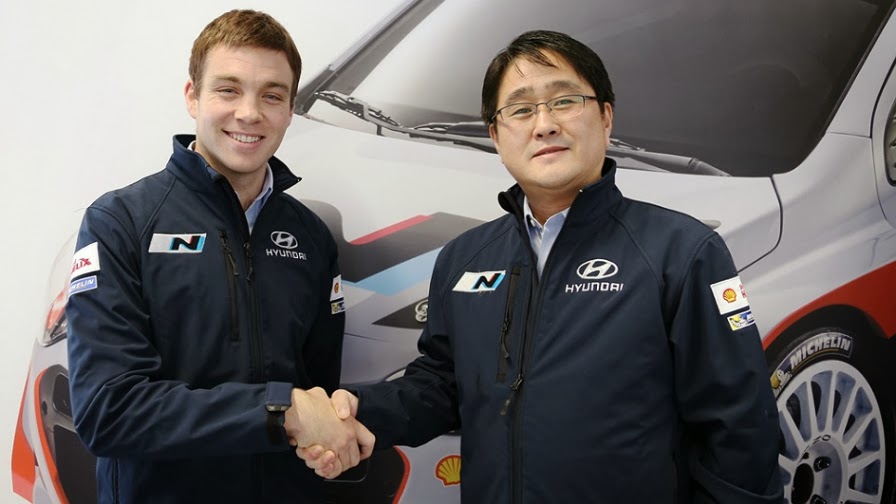 After a series of retirements in the opening rounds of the season, had left Hyundai to re-consider their development programme [as they say this year’s entry, for the next year’s full-assault].

The decision is also made and New Zealander Hayden Paddon will be joining the third car in Hyundai’s ‘B’ team, termed as ‘Hyundai Motorsport N‘. This announcement came a week before to this event.

Citroen men had actually started the rally in full vigor, with Mads Ostberg dominating the rally initially, only to succumb to the pressure from Ogier later in the day.

Kris Meeke had his debut in Mexico going pretty well initially, until he knocked off a wheel from the car and dropped way below the leaders. Hence, the Mexican event was not productive in the overall championship game, for the French team.

Similar fate too had the M-Sport‘s Mikko Hirvonen who retired due to alternator failure and there by loosing any of the chance in making to the top score. Elfyn‘s performance was the only chance the team could gather upon any points at disposable.

The car’-nage of the Mexican soil was still not-so-ever enough to stop the charging Seb from taking away the honors of the top step on the podium, after displaying a spectacular car management and control throughout the event. It almost felt like a gift from his senior compatriot, but doing so will not shrink this man’s talent in any account.
Jari-Matti despite his pedal-to-the-metal efforts was not enough and he was separated by more than minute the rally winner. Perhaps a few more hundred kilos on the ‘odo’ might make him as potent as his team-mate.
So for more on gravel [hi]story will be written on Portugal soil soon. Until then keep the spirits up!