26 NOV
AN AMAZING LUCA ROSSETTI AT THE MONZA RALLY SHOW, VICTORY IN ALL THE SPECIAL STAGES, THE RALLY AND THE MASTERS’ SHOW IN THE S2000 CLASS – CRAIG BREEN IN SECOND POSITION 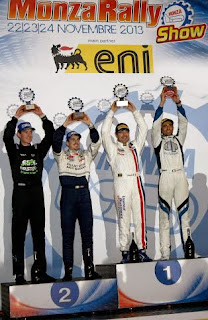 The Monza Rally Show was only the third event this year for Luca Rossetti, who had been away from competition for some months; the three-time European Champion has not forgotten how to race and moreover how to win.
Despite the evident lack of training with respect to his opponents, he topped the Super 2000 category in a ŠKODA Fabia Super 2000, finishing 52 seconds ahead of Craig Breen; the Irish driver of the Peugeot Rally Academy had to content himself with  second place. Rossetti and Breen also fought head to head in the Memorial Simoncelli – Masters’ Show, an end-of-event shootout on the start/finish straight of the Monza track, where the Italian driver beat his Irish rival in the class final. 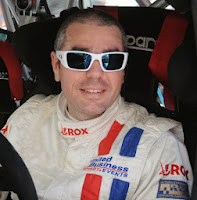 Rossetti was at a charge and outpaced his opponents with a strong performance; his 2013 season has been poor in events, only three, but he once again proved that given the chance he is one of the fastest, concrete and winning professional drivers in activity. The Italian, ever a star on the international stage and the only driver to have won the European Championship three times, has shown in Monza that his absence from the continental series is depriving a championship in a great sports and media comeback of one of its protagonists.

Despite the domination in the 2013 Monza Rally Show, the 2014 season of the Italian driver is yet in the dark; neither the driver nor United Business which has been taking care of his sports management for many years have issued statements related to next year. The many fans of the three-time European Champion hope in a season at International level; Rossetti’s domination in the event over the weekend proves that, should he return to the continental series, he would still be the man to beat.