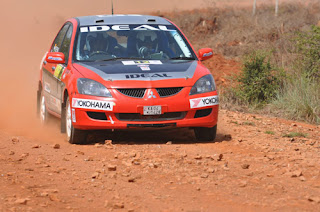 INRC 2012 season was much criticized for a few reasons, like delayed & short season announcement & running, and mostly for the even shortened to just two rallies to finish the championship. But it looks like that the ASN [FMSCI] have woken up to the call of the needy to for the first time since a long time, to announce the upcoming season of the Indian National Rally Championship before the new-year party & even before christmas!
It is a welcome move from the ASN that the initiative atleast taken and news coming after the rescheduling of the final round [that was scheduled for last weekend itself], hence cutting short the 2012 season to just two events.
Here is below the official announcement from the official site.
—————————————————————

December 19, 2012: After a challenging couple of seasons, the FMSCI seeks to re-invigorate the Indian National Rally Championship (INRC) with the announcement of an exciting eight round championship set to take off in March. In what has been a purple patch for Indian motorsport overall, the FMSCI looks set to create a bigger and better season of rallying in 2013.

The new season will also see the re-introduction of Tarmac stages with two rallies, one in Nashik and also September’s Cochin Rally running on sealed surfaces. The INRC will comprise of two major classes: the Group N 1601-2000cc cars and another class for cars upto 1600cc. The FMSCI homologation of new machinery this year will also mark the entry of Maruti SX4 and Volkswagen Polo to the national rallying arena for the first time.

Vicky Chandhok, President of the FMSCI was looking forward to a positive year ahead and said, “There’s no hiding from the fact that 2012’s INRC didn’t go to plan but all the clubs involved are putting in a solid effort to ensure we come back strong with heightened preparation for 2013. It’s also good to see more manufacturer interest and we look forward to seeing some new cars on the dirt in 2013.”

With an eye on identifying and further developing young rallying talent in the country, the Junior Indian National Rally Championship (JINRC) returns once again with drivers under 27 years of age eligible to contest for the Championship in Group N cars under 1600cc.

The Indian Rally Championship (IRC) is also set to return and is open to foreign participation in homologated Group N4 cars. The series for 2013 has received plenty of interest from Asia Zone drivers and will see drivers from Malaysia, Thailand, Indonesia and Sri Lanka battle it out for the silverware.

The INRC kicks off with the MMSC’s historic South India Rally in Chennai on the 22nd of March 2013. 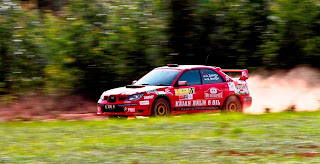 The good thing that happened from this [2012] season was the inclusion of the IRC for International Competitors to take part & fight for their own championship, which is a boon for both the Indian motorsports community as well as a good option for the potential competitors. However in this season, it was only a one car drive, a Subaru Impreza WRX STi that was rented driven by an Indian team TKM Motorsport entry after hiring a rally prepared car from Malaysian motorsports team, MRU Motorsports.
With more competition coming in the new IRC category & equally helping numbers for INRC, in the National Championship, the stage will be filled with competition. The ASN recently also had called up  for setting up the Technical Regulations for the upcoming season, there is likely to be a new category for faster cars or maybe a better for the existing categories with minor tweaks. So the new regulations should be out in a few days time, shortly.
The promises looks lucrative as the documents for the new season are published well in advance & looks promising.
Here are a few documents needed for the Rally Championships for 2013 as part of the documentation requirements.
Driver/Co-Driver License for National Championship (applicable for INRC competition only)
or
Driver/Co-Driver License for International Championship (applicable for IRC competition only)
and

Stay & Transportation can be availed at best prices across various & spread international quality services at all of the competitive rounds published above. Service backup is also immensely present which are proven teams, like Kari Sports, Chettinad Racing, Red Rooster Racing, FRK Racing, SpeedSport & many others who have more than adequate experience in providing the services. For more info & support, we are available to assist you happily anytime. We can be contacted at our Facebook Page or on Twitter, or on email.
A glimpse of the past couple of seasons action.